A book launch I recently attended got me thinking afresh about ways to communicate solutions to contemporary forms of violence – in particular, the ongoing economic violence against fauna and flora (including us humans) to the point of mass distress and mass extinction.

The book in question is Stolen: How to Save the World from Financialisation (2019) by Grace Blakeley. In it, she asserts that finance capitalism has ‘stolen our economies, our environment and even the future itself’, and she explores ways to overturn this state of affairs and pursue egalitarian and regenerative ways of organising. 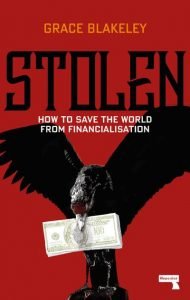 Recently, too, I read Lost Connections: Why You’re Depressed and How to Find Hope (2018) by Johann Hari, in which he examines how disconnected societies feed and create depression and anxiety, as well as more generalised unhappiness. He also investigates forms of reconnection – to each other, our work, the natural world, and the sense that we have a future. 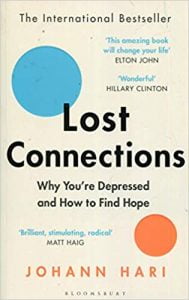 For many of these reconnections to occur at scale, we’d need something like the degree of social and economic reform Blakeley and others advocate.

Positive alternatives to neoliberalism and finance capitalism, such as a decarbonised socialism, certainly have the potential to restore control over our lives to those of us living off our own work and to vastly improve humanity’s chances of living within ecological limits.

But attempts at reform inevitably trigger resistance from those profiting from the status quo (or those who simply prefer the devil they know).

For a start, creating radical change always requires extensive lobbying and campaigning, and the powerful invariably have a much bigger budget for their communications.

During the launch Q&A, Blakeley suggested that economic and social reformers can boost their chances of successful counter-communication in these ways:

This highlights the tension between looking around at current, destructive forms of organising, and ahead, to a more just and sustainable society. It asks us to name villains, and villainy, to better represent the bigger picture, while contemplating what it means to act heroically these days.

Meanwhile, as I read Lost Connections, I became intensely conscious of the importance of celebrating whatever moments of (re)connection we do achieve, whether they come from speaking to a neighbour, feeling our feelings, or eating what’s in season. Affirming what does us good can weaken the narrative that ‘there is no alternative’ to the erosion of abundance and security for the majority.

Paul Allen of the Centre for Alternative Technology, Zero Carbon Britain and the Rapid Transition Alliance has emphasised that we must avoid feeling like we’re caught in the headlights even in the face of so grave a threat as climate breakdown.

AT LEAST 50% of our messages, social media content, speakers or referenced science … [on climate should focus] on solutions and the multi-solving ‘better world’ they can bring to us

– that is, they should trumpet all the ‘co-benefits’ decarbonisation processes can deliver. For one rendering of these co-benefits, see the ‘areas of change’ listed by the Rapid Transition Alliance: safe water, good food, enough money, clean energy, efficient travel, decent work, secure rights, better homes, digital progress and liveable cities. 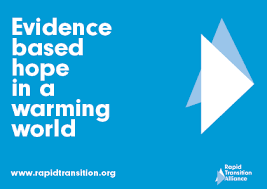 Again, the emphasis is both on work that can be framed as heroic resistance to contemporary drivers of destruction and on the crucial practice of celebration.

At the book launch, Grace Blakeley suggested that some key justice movements have so far hindered their own success by failing to clearly name their villains.

These days, the communications that do most to foster social, economic and environmental justice will indeed name institutional villainy where necessary; they will also celebrate heroic, multi-solving paths to the best future we have left, along with all the moments of connectedness available to us on the way.

Professional Member of the Society for Editors and Proofreaders 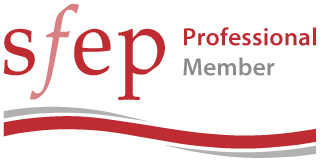