Of good deeds and doughnuts

To die extremely rich is disgraceful. So said Andrew Carnegie.

Carnegie was a successful industrialist and later a philanthropist, and his philanthropic legacy includes thousands of public libraries, as well as vast investments in education and research.

The very first library I loved was a Carnegie library. Sadly, it’s now sitting empty as a result of funding cuts. 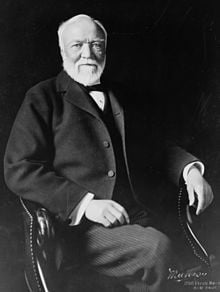 Now, there are many ways to tell me apart from Andrew Carnegie! (Start with my bank balance…)

But, as well as a love of libraries, I share with him a birthday (25th November) and a concern for the welfare of others.

Plus, he was over forty, as I am, when he began the bulk of his philanthropic work – and on a much lesser scale, I too strive to channel midlife insights into new ventures.

I also agree with Carnegie that accumulating more money than I could ever use and keeping it until I die would not make for a truly impressive legacy.

More than that, though: in an extractive economy, the very process of acquiring massive personal wealth generally worsens the problems that philanthropy tries to address. And prevention is better than cure.

A wealth of choice

As the global population expands and our climate and extinction crises intensify, we need to leave behind reckless extraction altogether.

We need to learn to meet social needs in ways that design ecocide right out of the picture.

Among other promising approaches, there is Doughnut Economics, which focuses on ‘meeting the needs of all people within the means of the living planet’:

The Doughnut consists of two concentric rings: a social foundation, to ensure that no one is left falling short on life’s essentials, and an ecological ceiling, to ensure that humanity does not collectively overshoot the planetary boundaries that protect Earth’s life-supporting systems. Between these two sets of boundaries lies a doughnut-shaped space that is both ecologically safe and socially just: a space in which humanity can thrive. 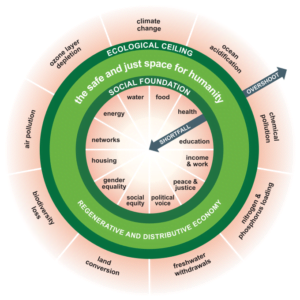 The Doughnut of social and planetary boundaries. Source

However we choose to define ‘wealth’ and regulate money-making as the 21st century progresses, one thing is certain.

If humans are to survive and thrive into the 22nd century, our economic systems absolutely must take planetary boundaries into account.

So perhaps the best way to honour the legacy of an Andrew Carnegie these days is to keep reading (and defending our libraries), to educate ourselves on multisolving approaches to social and environmental challenges, and to be brave enough to change course when life calls for it.

Does your work create social or environmental benefit? Could you use some support as you research, write or edit the texts that represent you? Get in touch for a no-pressure chat about how I could help.

I help my clients do more good through great writing.

I provide research, writing and editing services to professionals, authors and academics whose work has a positive impact.

Professional Member of the Chartered Institute of Editing and Proofreading